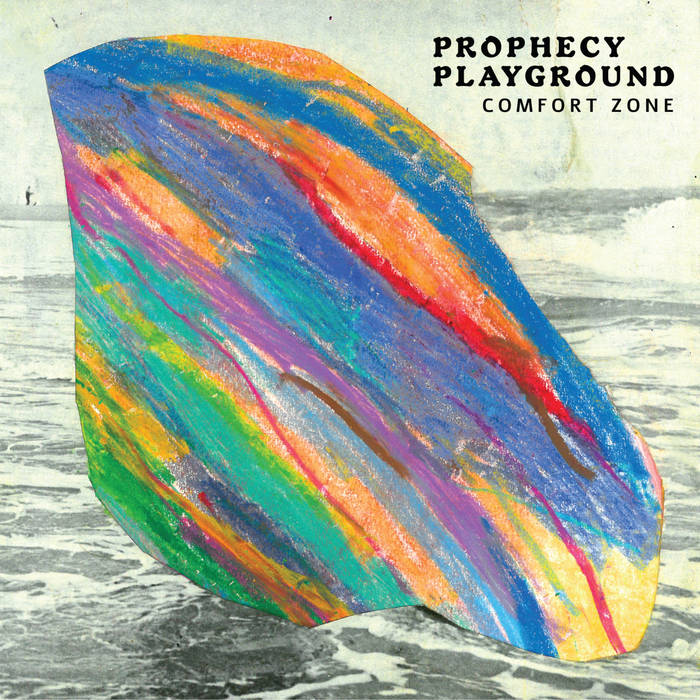 Founded in 2018 in Tel Aviv, Prophecy Playground started performing in local bars & small music venues. The band's live setup was a rarely seen stage appearance, consisted of a Cellist, Violinist, percussionist, and a singer-guitar player surrounded by four different acoustic guitars, each of them tuned differently. Later that year Prophecy Playground recorded their ambitious debut album with producer Gil Smetana, one of Israel’s leading and most experienced music producers, who contributed his distinctive touch in purifying each and every song and captured them in a high-end recording studio.

January 2019 saw the release of Prophecy Playground’s debut single Spirit Yawn. After premiering on the Australian alternative music magazine Happy Mag the song acclaimed a high standard of both local and international air time & reviews. Last May they released their 2nd single - the psychedelic Instrumental theme Engineered Loneliness, accompanied by a stop-motion animation video by artist Yael Shpinat. Their 3rd single, titled Politely Polluting was released earlier this winter with an experimental video filmed in wales on an old 8mm.

Prophecy Playground’s debut album, “Comfort Zone”, of which the singles are taken, is somewhat of a concept album. The main idea behind the album’s production was to combine skillful acoustic guitar playing, often on various tuning alterations, together with carefully written arrangements for string section & other orchestral instruments whilst not harming the gentleness and fragility of the songs core. Another objective was that the album must remain purely acoustic. Izekson’s lyrics deal with one's struggle for inner-self embetterment, the lack of purpose in the virtual age and perpetual longing for a home, both in the physical and the spiritual one. The album contains three instrumental pieces and two cover versions - a tribute to 60’s british folk-rock pioneer Kevin Ayers and legendary blues guitar player Mississippi John Hurt, two of Izekson’s most influential musical figures.
The instrumental arrangements for the album include the violin, cello, upright bass, harp, trumpet & flute, and were written by the Tel Aviv pianist & composer Yasmin Raviv. Comfort Zone is released on the Dutch International folk label Friendly Folk Records.

Gaining momentum, the band is now touring it’s native Israel in different venues & festivals and will hold album launch mini-tours in the US & UK this coming spring, followed by an all European summer-tour in July.
As well as the Prophecy Playground band shows, Izekson is currently performing a tribute solo act dedicated to Nick Drake’s album masterpiece “Pink Moon”.


“Prophecy Playground’s music is inquisitive and influenced by culture. It doesn’t lend too much to other artists; it seems to exist in a league of its own.” Happy Mag, Australia