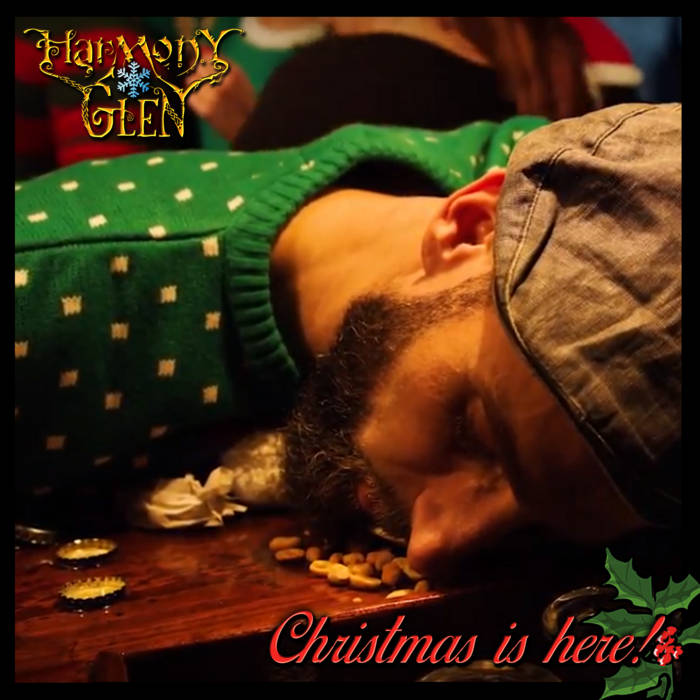 Since 2015 Harmony Glen have performed at the PLWM in Dortmund and their ‘Christmas’ show extravaganza has only increased since then. In 2017 they found it high time to write a little original Christmas song. Christmas is Here! Is slowly becoming a well-known and loved Christmas song in it’s own right! Make sure to add it to your Christmas playlist too! Exclusive digital release: Friendly Folk Records: Dec/2019

About the band...
Harmony Glen is a Dutch feelgood-folk group founded in 2005. The music is based on Celtic folk but regularly sounds from all over the world get woven in. The goal of the band is to stand out, not only through their music (which is a mix of traditional and original tunes) but through their stage presence as well.
Since 2014 the band has played a lot of international shows in: Denmark (Skagen Festival), Germany (MPS, Balver Höhle, Bremen Maritim), Azores (Maia Folk Festival), Poland (Charzykowy, Tychy), United Kingdom, Italy (Triskell), Belgium (Labadoux), USA (Tall Ship Celebration) and Ireland, where they have participated in the Fleadh Cheoil (world championship for traditional Irish music) as the first band ever from Holland to make it into the world finals.