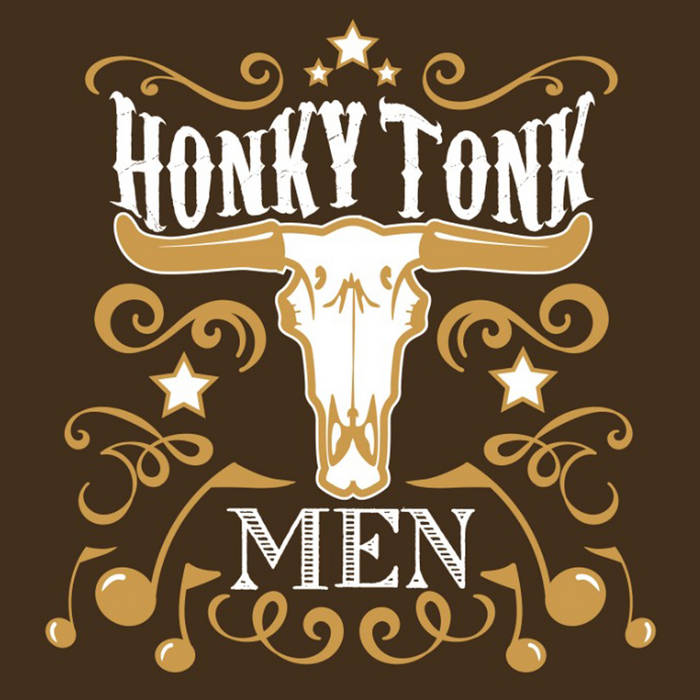 The influence of music legends, Hank Williams, Johnny Cash, Willie Nelson, and a myriad of other working-class heroes can be heard in this six-track extended play album. Featuring covers and original songs they keep the spirit of American Country and Honkytonk music alive. The Honky Tonk Men are just five ordinary Dutch dudes from different musical backgrounds, but with one thing in common, their deep love for music that springs from the heart of America.

About the band…
As it is with many multi-talented musicians, the Honky Tonk Men are involved in other music endeavors. Stefan Witteman has toured solo in Europe and USA and opened for Chris Knight, Cuby and the Blizzards, and The Good Brothers. Bert Boot is perhaps best known from his previous endeavors with The Naturals, and from his time with De Wilma’s. Nico Druijf is very active touring Europe and USA with acoustic Oldtime Stringband. Hans Snitslaar is the drummer for the Rio Trio, High Five Four, and the Haystack Hi-Tones which alongside Europe tours, latter landed a tour in Texas (USA). Roland van Beveren’s steel guitar appears on many albums, including Edison-gold record album of Tim Knol. In addition, Roland is a member of Tennessee Studs.

If you have enjoyed the decades of music these five rough riders have created, then you will certainly love this line-up. Tighten your spurs and saddle up for The Honky Tonk Men!